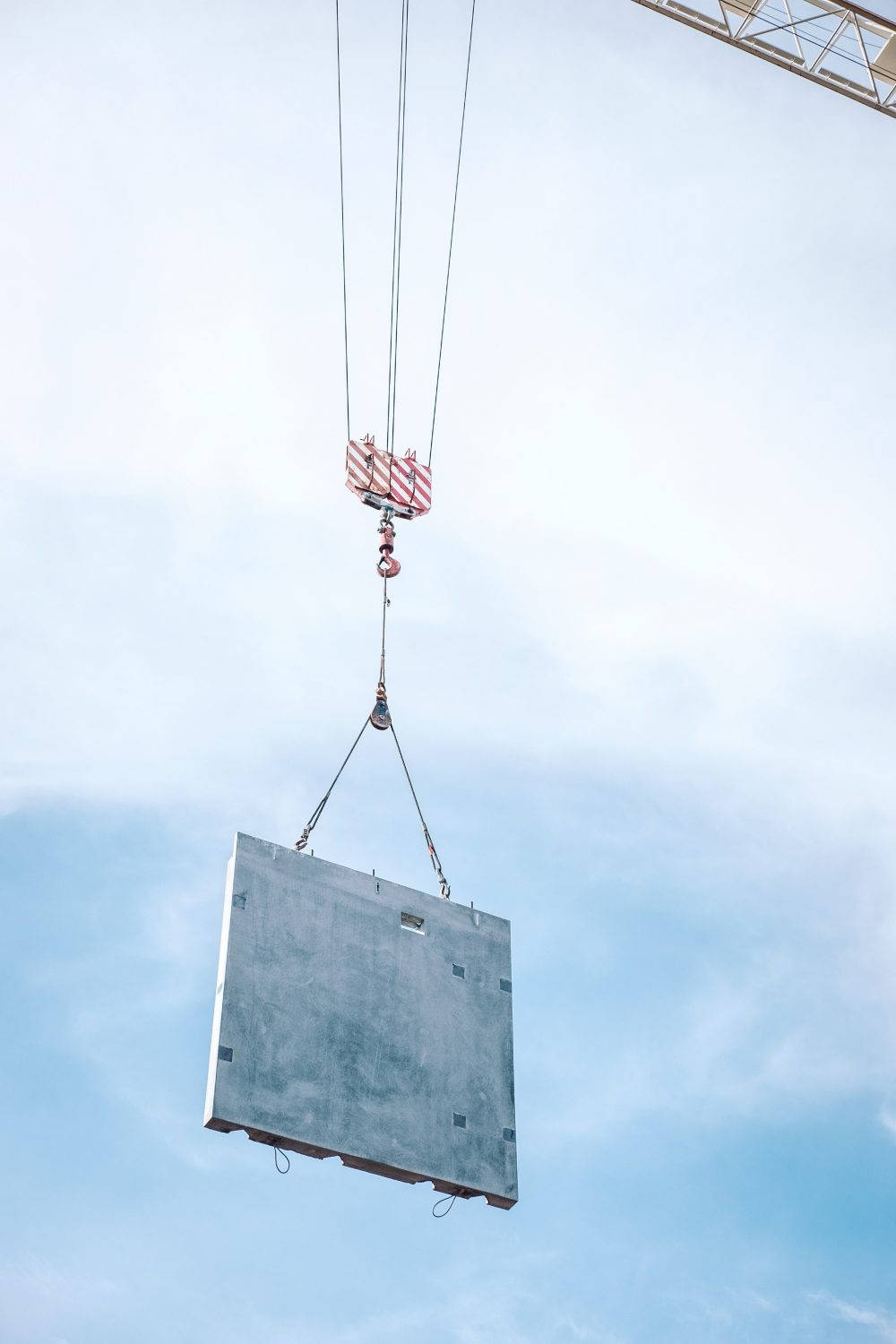 If you need to carry out a job that involves lifting or moving big, heavy objects or fragile loads, investing in a load spreader beam or a lifting beam can make difference to the efficiency and safety of the operation. Both types of beams share the same goal of distributing the weight of the load to make it more stable, but they do so in different ways. In this guide, we’ll be looking at the difference between the two beams and the circumstances in which each one would be used.

What is a spreader beam and how is it used?

A spreader beam evenly spreads the weight of a load over two or more pick points with the support of two slings that rig the beam to the hook. These beams have two attachment points on the top, allowing for a 45–60-degree angle to the crane hook and two equally spaced lower pick points.

The extra rigging at the top alters the forces that are applied to the spreader beam. Due to the lift forces travelling along the vertical bottom rigging, and then moving to the inward-angled top rigging, forces that are put on the beam are compressive instead of bending forces.

Spreader beams are 3-4 times lighter and so cheaper than a lifting beam with the same capacity. Compressive forces are simpler for the beam to handle than bending forces applied to a lifting beam. This means they are often used to carry very wide or heavy loads.

What is a lifting beam and how is it used?

A lifting beam is a below-the-hook piece of lifting machinery that is designed to offer extra pick points for loads where one pick point won’t be enough for load stability. To balance the lift forces throughout the beam, they usually have one attachment point on the top of the beam and two or more evenly distributed pick points on the bottom.

Lift beams attach directly to the hook, they don’t require any top rigging. This makes them especially useful in cases where there is limited headroom like inside a building or underneath a structure.

On either end, lifting beams help to produce similar pulling forces between the top centre hook and the bottom hooks. Forces move upwards through the bottom slings then throughout the full length of the beam. This force results in a bending effect a lot like a stick when bent over a knee.

To get past the bending forces, lifting beam manufacturers typically need to make sure the beams are bigger, stronger, and heavier than spreader beams. Therefore, they are more expensive per foot and per ton of capacity.

What are the similarities and differences between a spreader and lifting beam?

Both these types of lifting devices are very similar as their main goals are still the same and it’s easy to get them confused for one another. Also, the LEEA definition of the beams states that a lot of designs are a hybrid of the two systems and the equipment as a whole, including spreaders and hybrids are collectively called lifting beams, which doesn’t help with the confusion. This is why the differences between spreader and lifting beams are so important.

The design of each of these lifting solutions influences how force is generated and used to lift heavy loads. A lifting beam absorbs the majority of the stress from the load, whereas the spreader beam shares that stress with the slings. The lifting beam is easier to use as it doesn’t need as much overhand clearance or rigging, but it is much more costly and less stable than spreader beams.

How do I choose between a spreader beam and lifting beam?

When looking at lifting beams and spreaders for your project and deciding on the right one, you will want to ask yourself:

It is important to think about how heavy the object being lifted is and where the lifting points are situated. Spreader beams will be more effective for loads with wide spans. However, if the length of the load needs support throughout the lift, then a lifting beam would be the better choice as a spreader beam would not be able to support loads in the centre.

No matter which type of beam you choose for your project it is important to go to a high-quality manufacturer to produce a bespoke lifting beam for you. Bespoke metal fabrication for load lifting beams is essential to ensure the project runs smoothly and there are no risks to the health and safety of workers.

Where can I find steel fabricators near me?

If you’re looking for either a spreader beam or a lifting beam, or other types of steel fabrication in Sheffield, our team at FEM can help. We offer professional bespoke fabrication services as each project, business, and industry is unique and the requirements for your steel fabrication will be unique too. Contact us today to discuss your metal fabrication needs.

Get A Free Quote