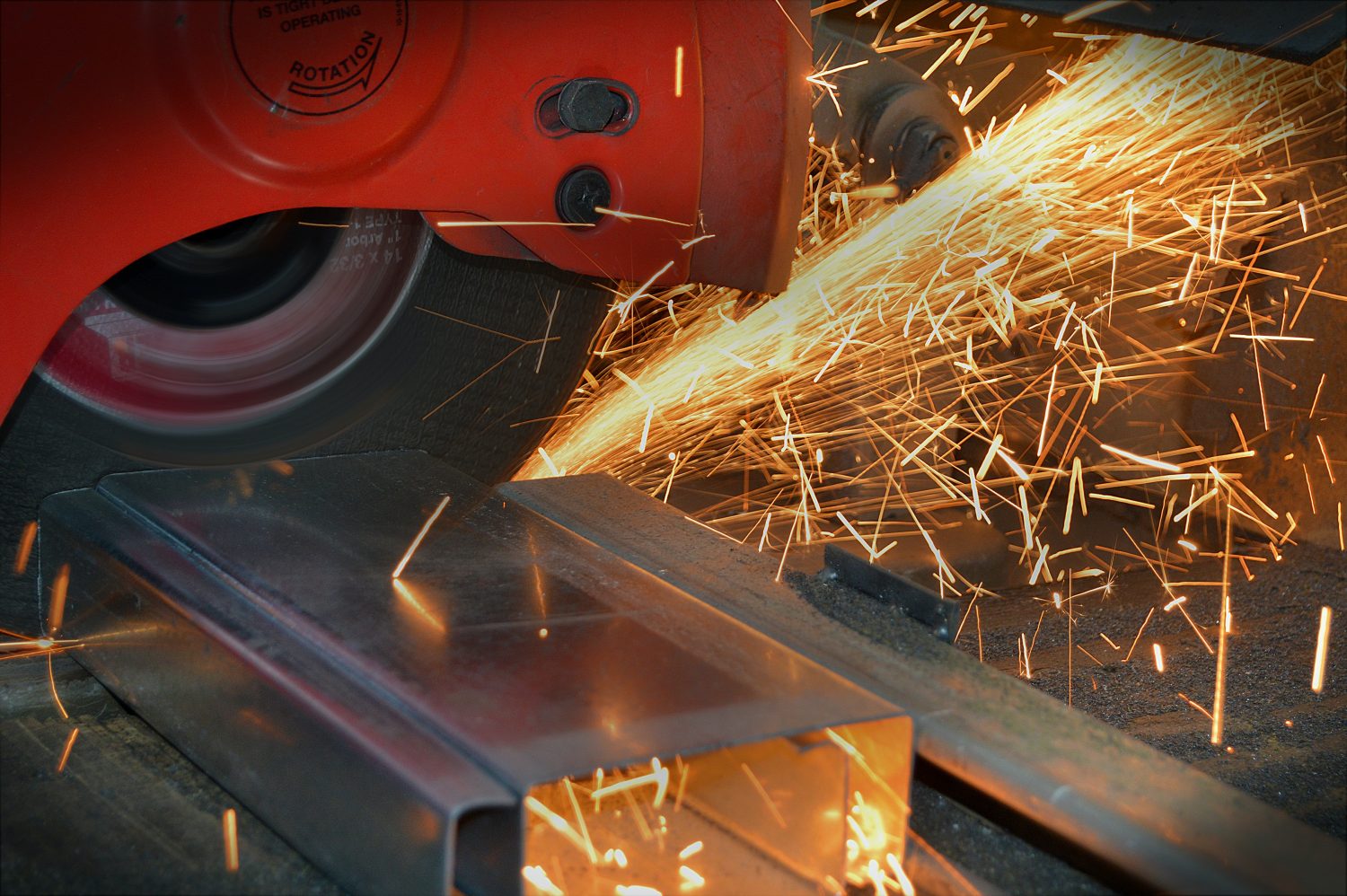 Iron working and the early days of metal

The introduction of ironworking in Greece back in the late 10th century BC kicked off the Iron Age in Europe. The Ancient Greeks made basic armour and weapons by hammering iron ore. By contrast, the Roman Empire increased mining for iron and started producing spoons, saucepans, door fittings, and several other items that still use sheet metal today.

Even though the Greeks and Romans propelled the production of iron forward, it was in India where steel manufacturing began in small amounts. This was perceived as a highly-skilled art and very labour intensive – so much so that steel was prized and sought after for several centuries.

Damascus steel swords in particular, were considered to be the best on the market as they were strong and could be sharpened to a fine but durable edge. The skill of making Damascus steel was lost, and even with modern technology and advanced manufacturing techniques, recent attempts to recreate it have failed.

Skipping ahead a bit to the medieval era reveals the production of cast iron in Europe (it has been made in China since the 5th century BC but not very much of it). It was during the medieval period that production techniques became more refined, and it saw the manufacturing of wrought iron in big quantities using water-powered bellows.

Towards the tail end of this time period and at the beginning of the Renaissance, the theories that have influenced modern processes of sheet metal fabrication started to fall into place, the main one being the rolling mill.

There is no evidence that Leonardo da Vinci ever built the rolling mill he designed, despite records of his sketches for such a project. The idea for the mill was introduced in the early 16th century as a way to smooth metal to a consistent depth. However, it’s not until the 17th century that we see proof of a rolling mill being used to manufacture thinner precision sheet metal than what could be made with hammers.

There is written evidence that in the late 17th century, sheet metal was produced in a way that sheet metal fabricators would recognise today. This being a cold bar being rolled and made into thin sheet metal parts.

The industrial revolution was the key turning point for metal history in the 18th century. Abraham Darby initially started fabricating iron using coke for the smelting process and achieved his aim of making thin, durable, and cheap cast iron. The introduction of the new process led to a major increase in cast-iron production in Europe and was a key factor in the onset of the industrial revolution.

It was during the industrial revolution when the production of steel began to dominate the sector. Henry Bessemer developed a process that made it possible to mass-produce steel cheaply. This steel was used extensively during the industrial revolution for things like railway tracks and ships. It was quickly understood that steel offered better strength and durability.

Manufacturing sheet metal became self-fulfilling during the industrial revolution. As engineering and machinery soared it was essential that metal could be easily formed, cut, and joined to create steam engines for a wide variety of uses. Steam engines were then used to produce increasingly bigger and thinner metal and the cycle continued.

After the industrial revolution, sheet metal could easily be made at a low cost. Different types of sheet metal were introduced, with varying levels of carbon, alloys, and other additions. All of this led to a surge in the use of sheet metal that steel fabricators still see today.

The sheet metal industry started to see new ways of working with metal, with the abundance of different, inexpensive metals. Whilst the basics like forming and punching have been adapted over time to offer impressive accuracy and quality, there have also been a lot of modern advancements such as laser-cutting and rapid prototyping.

Now we’ve reached the modern day and the evolution of sheet metal fabrication continues to grow from its humble beginnings, playing a key role in our everyday lives. New methods and processes are being discovered and tools are becoming more precise to improve accuracy and quality.

For efficient and high-quality sheet metal fabrication in Sheffield and other fabrication services, contact FEM today.

Get A Free Quote